Harris Academies
All Academies in our Federation aim to transform the lives of the students they serve by bringing about rapid improvement in examination results, personal development and aspiration.

The research, conducted in 2019, examined DfE data and in particular two measures of attainment for pupils with lower prior attainment (LPA) at KS2:

The research, undertaken by Francis Ling, focused in on the top schools for Attainment 8 for lower prior attaining pupils which all have an A8 for LPA score that is at least 10 points higher than the national figure (which was 21.2 in 2019).

There were 95 such schools. That means 95 schools where a pupil with lower prior attainment has, on average, achieved at least one grade higher in every subject than if they went to another school.

We are pleased to announce that Harris Academy Morden is within these 95 schools (see table below).

Francis Ling continues, ‘These are incredible differences and ones that will open up a wealth of new opportunities for those pupils in what they choose to do after KS4’.

In addition to our acknowledged success with pupils with low prior attainment, we at Harris Academy Morden also achieve highly with other groups of students.  Our middle and high attainers also performed well above average in 2019 and achieved progress scores of 0.68 and 0.63 respectively (National average 0.0).  In 2019 Harris Academy Morden was placed in the top 20% of schools for attainment in the English Baccalaureate.  Further success was recognised in English and Mathematics where progress figures in 2019 were in the top quintile amongst school nationally.  It is clear that Harris Academy Morden students achieve highly throughout the school and across the curriculum.

Further congratulations to the staff and students at the Academy for their continued hard work and achievements.

Harris Academy Morden ranked 7th out of the top 95 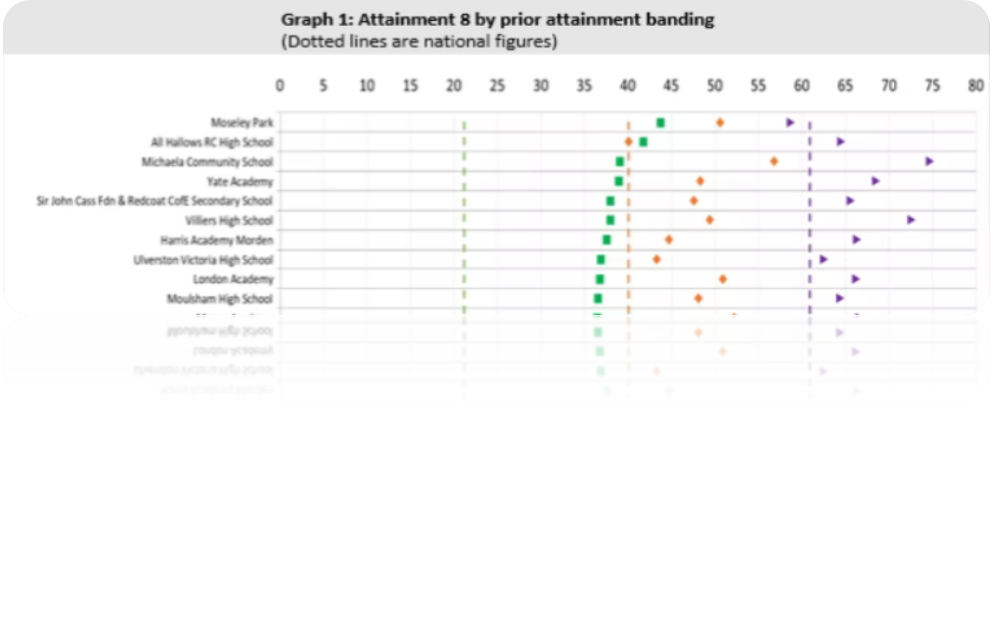